What if Cro-Magnon had been a designer? 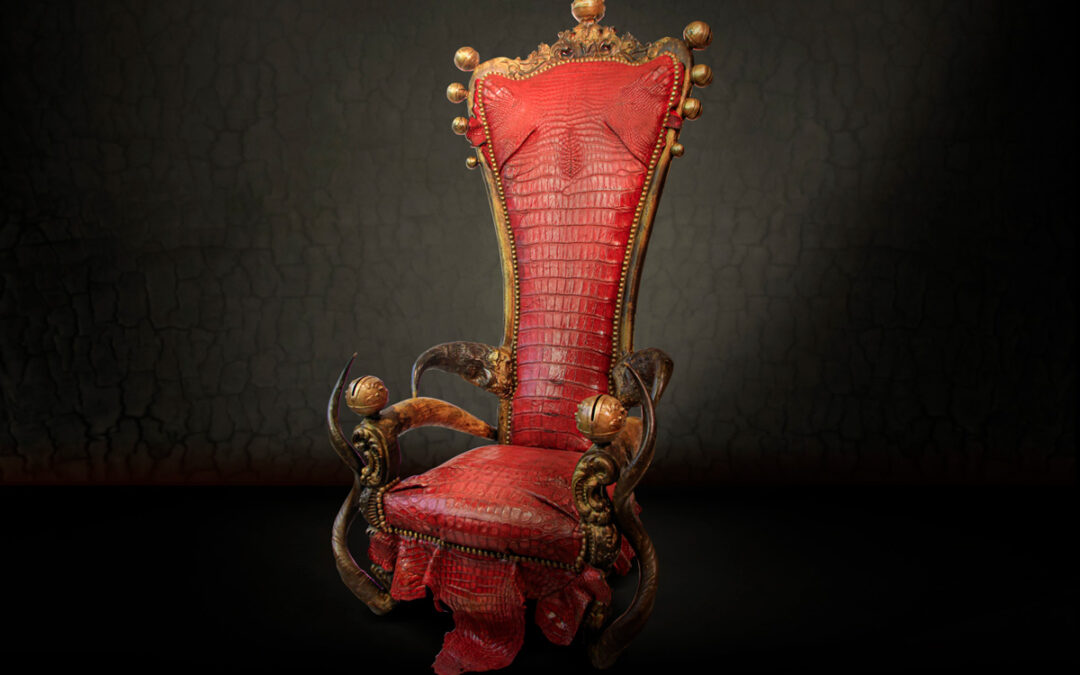 By reconnecting Man and Nature, the furniture of this storyteller challenges and fascinates.

Last February, art lovers discovered Michel Haillard’s impressive furniture and objects in the Galerie Vellutini, at the crossroads of rue de Seine and rue Guénégaud. “Karabosse” dresser, “Platon” armchairs, “Perro” thrones, “Adam” chairs or “Gertrude” tables, all the pieces of this “creator of universes” are made by assembling materials of the most disparate origins. Michel Haillard associates, combines and couples horns and skins, precious and semi-precious stones, bronze, glass and many other diverted elements. A tribal world, of the origins, where man and nature were in symbiosis. “My message is ecological. We are part of Nature. But the arrogance of Man who wants to “correct” Nature means that this fundamental link is being lost. And Nature will end up taking over again, as we can see from the current climate disturbances,” says the artist. Michel Haillard then embarks on a rediscovery of the origins of Man, a Man who is nothing if he does not respect his ecosystem. He challenges us with a story: what if Cro-­Magnon had created design? In a world where the straight line does not exist, he would have sculpted furniture all in curves, dreamlike and wild, celebrating the Animal God. There is something of the shaman, the animist, the diviner in Michel Haillard who likes to define himself as an “alchemist”. The visitor is seized and fascinated by this organic, beautiful and magical vision.
A former publicist and then creator of animated cartoons, Michel Haillard has always loved to hunt. He continues to tell stories but with a different grammar that he has invented for himself. Objects replace words and art replaces the scenario. “For my latest collection, Antedesign, I started with vintage design pieces and asked myself what we had sacrificed at the hotel of industrialisation,” explains the artist. “At a time of robotisation, dehumanisation and disembodiment of everything, we, homo sapiens, need to find our identity and our roots. What were these pieces like originally, when they were still fierce, far from the preoccupations of reproducibility? The answer lies, for example, in the splendid “Thuhlip” chair in Mongolian lamb and goat horn. Everyone will have recognised the mythical Tulip chair from the 1950s, issued by Knoll. “I dreamed of a cosy nest in this ergonomic shell between the flower and the egg” smiles Michel Haillard.
So, would you like to surprise your friends, to amaze yourself, to renew the dialogue with Nature which has disappeared from our cities? Michel Haillard awaits you in his fantastic Aladdin’s cave!