L’Oiseau Paradis by Kamel Ouali, the so Parisian revue of the Paradis Latin 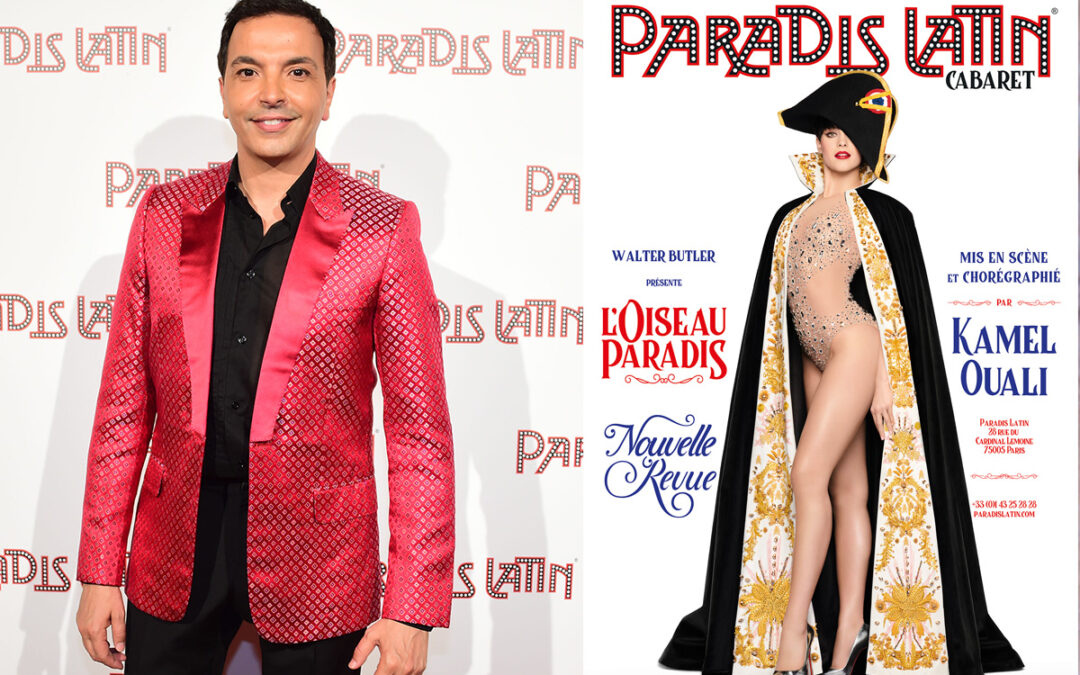 Since 2019, the revue by the director and choreographer with an impressive CV –The Sun King, The Ten Commandments, Cleopatra, Star Academy, La France a un incroyable talent, the French Cancan at the Folies Bergère– has been a hit.

L’Oiseau Paradis is a show in which the choreographer reinvents, in 18 scenes, all the intensity and creativity of the idea of a cabaret: “It’s Paris from the postcard, modern, sultry, energetic and colourful! Just like these scenes with 500 costumes. Far from the dictates, the dancers are both luscious, slender, tall or not so tall. The music takes us to Beyoncé, Abba, and an aria from Léo Delibes’ opera Lakmé, where the director does not shy away from making a few references to the causes he holds dear. From the erotic scene in a bathtub to the finale of the electro French Cancan, Kamel Ouali plays with codes: “For me, cabaret is the most unrestricted place of expression ever.” He modernises and dusts off without ever losing the soul of the cabaret. Thus, from Napoleon to Eiffel, tributes are paid. Father of a young boy, he will soon set up a cabaret for children at the Paradis Latin, which he promises will be picturesque. A way of expressing his constant source of inspiration. You are either an artist or you are not!