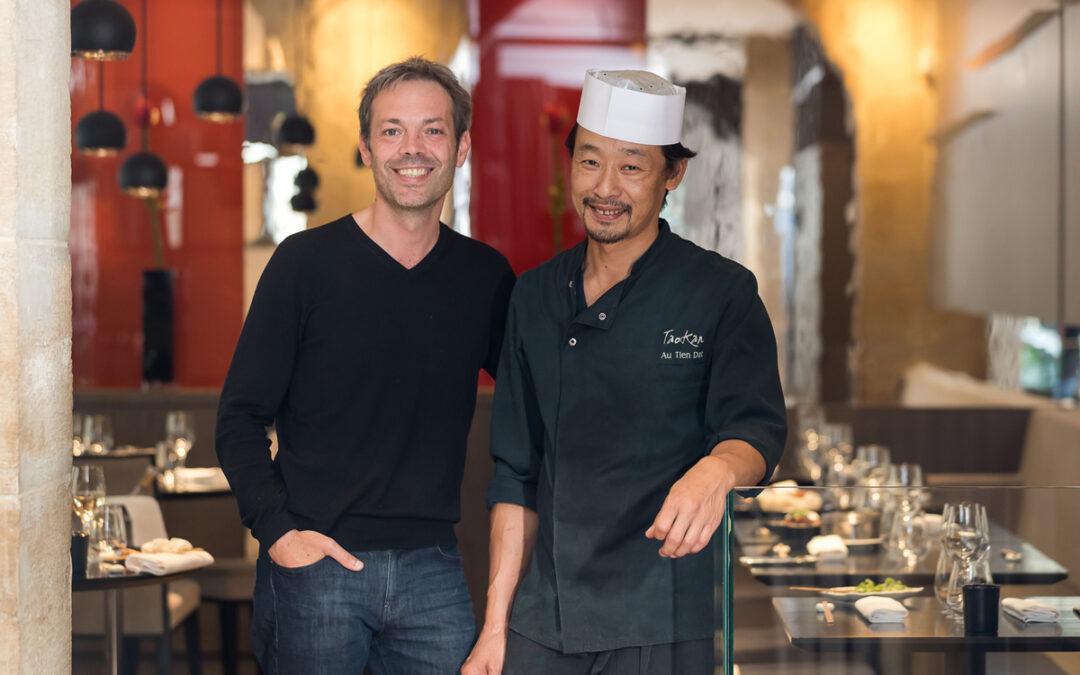 Located in the Saint-Germain-des-Prés and Saint-Honoré districts, the two TaoKan restaurants, opened in 2012 and 2015 respectively, are institutions.

Countless celebrities –including former presidents of the French Republic– have praised their refined decor and their Chinese cuisine revisited in a contemporary style. Behind this success there is one man: Christophe Daine. This perfectionist marketing graduate, who spent seven years in China developing the Cartier brand, before becoming international director of jewellery and watch licences for Calvin Klein in Switzerland, had an intuition on his return to Paris. “I wanted to create a restaurant experience inspired by the codes of Asian refinement, with an extreme quality of service to introduce a taste of Cantonese cuisine that is both qualitative and inventive.” The result lives up to his expectations and… to ours. In a decor with carefully designed lighting, signed by the interior designer Olivier Lempereur, one can taste delicious dim sum with foie gras-chocolate or sweet potato-spinach combinations, among other gustatory delights celebrated by the gastronomic critics. Christophe Daine observes with benevolence the emergence of the Asian palaces in Paris: “The Shangri-La, the Mandarin Oriental, the Park Hyatt or the Peninsula have changed the game, they have forced the other establishments to adapt to the level of their proposals.” All of which validates, exactly ten years after its launch, the gentle mix of cultures in the TaoKan success story.