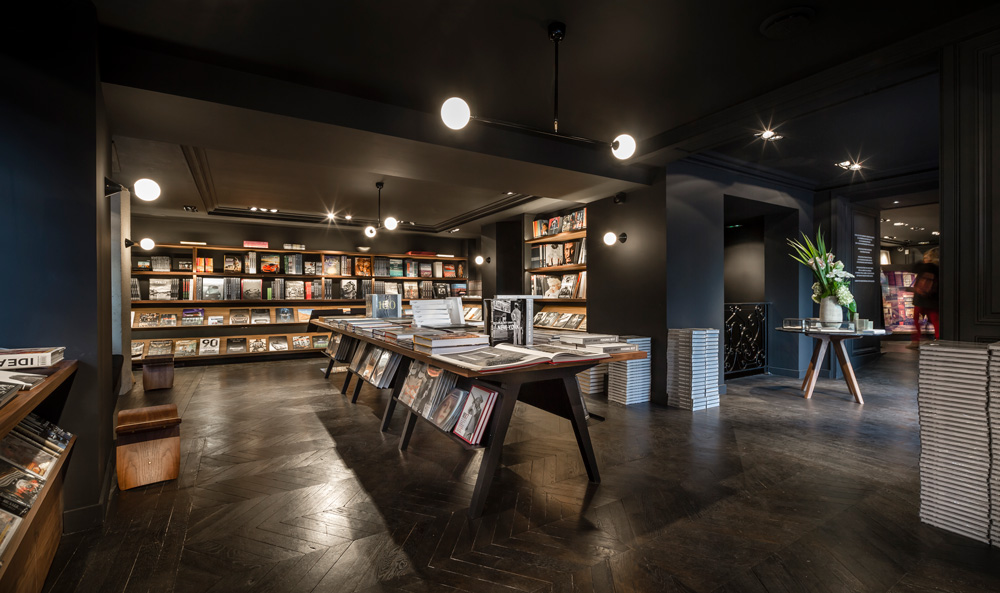 The new bookshop-gallery devoted to photography presents an original concept

For the majority of us, La Hune, the legendary book store founded in 1949, is, and remains, a centre for literature and a place of convergence for surrealists, existentialists and creators of the Nouveau Roman, now internationally recognised. A special place for visitors the world over and, crucially, a place of contemplation for the Saint Germain community, La Hune is much more than just « a bookshop ». At the instigation of founder Bernard Gheerbrant – collector and connoisseur of contemporary literature – it is now also one of the first places in the capital to expose photographic works. An exception. And preserving the memory of La Hune as a signature of exception is the audacious venture the new directors are embarking upon today, by opening up to co-branding with the « La Hume- YellowKorner » concept. Indeed, the French brand of photographic art founded in 2006 by Alexandre de Metz and Paul-Antoine Briat would like to develop a space « unlike any other YellowKorner space ». Alexandre de Metz, co- founder of the brand, continues: « it’s a space imagined by architect Vincent Eschalier and danish-german designer Gesa Hansen as three spaces in one: the entire first floor becomes a place bathed in light, dedicated entirely to photographic exhibitions – a first for the YellowKorner brand – while the ground floor brings back the b rand’s more muted colour scheme in a space shared between photographic sales and high end books ».

Every private view is attended by respected photographers, instigated by Elliot Erwitt – considered to be one of the greatest photographers of the century – who dedicated more than 250 books in one evening! But beyond the pomp and ceremony of an inauguratory private view, this is first and foremost an artistic event. As such, March 18th and 19th will see an exhibition of new works from the master of provocation: Oliviero Tasconi. His latest book « 50 years of provocation » already takes pride of place on the store shelves. He is preparing a « super production » which will involve photographing improbable couples in wedding garb, from Mr Nobody to superstars: « I’d like to see a Brigitte Bardot and a Madonna or Marine Le Pen and Omar Sy » the man who brought global recognition to the Benetton brand declares mischievously. And he tops this masterfully: « this is socio-political work, in photography I’m unstoppable, I thumb my nose to religions, social conventions, everything! Who wants to get together? I’ll marry them! » Alea jacta est, and inscriptions for the brides and grooms to be can be made on website www.la-hune.com . As the graduate of HEC Alexandre de Metz points out « we have no vocation other than to do our job well, so three quarters of La Hune will be dedicated to photography, and 30-40% of our collection of photography books will be collector’s editions, unavailable anywhere else, even on Amazon! It’s a brand new original concept we’d like to develop internationally ». A new way to see the name La Hune live on, beyond our frontiers…