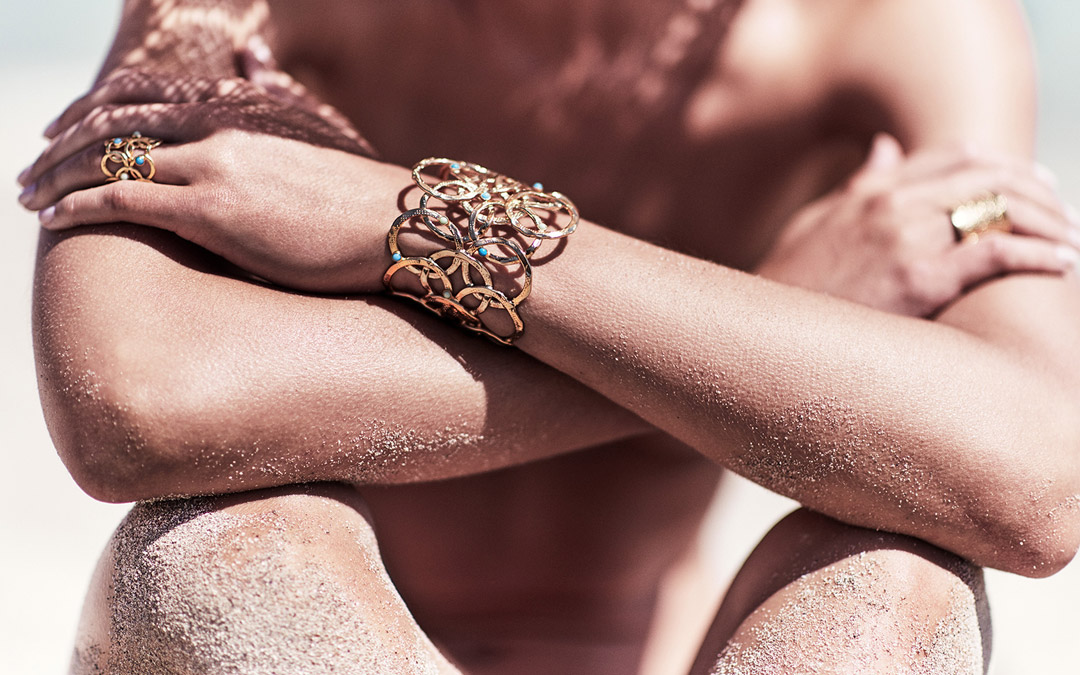 With the opening of the store at 10 rue de Grenelle a year ago, Marie and Olivier continue to write the saga of “Gas Bijoux”, together with their father André.

This store, their first one at Rive Gauche, is the new architectural and decorative model that the other ten or more stores will follow: a sun-kissed mineral haven in tones of ochre, displays in travertine, shells, vases and other objects from the four corners of the world. The values of Gas are all there: the sunny chic, the taste of travel and the ethnic mix. With his children, Oliver, MD, and Marie, Art Director, who have joined his adventure, André Gas thus rekindles with his youth in Saint-Germain-des-Prés, where he spent time as a young engraver, graduated from the Beaux-Arts (the famous fine arts school). But it was in Saint-Tropez that he pioneered a range of jewellery in harmony with an era strongly influenced by Woodstock and Kathmandu. With his necklaces and bracelets inspired by African charms, in natural materials such as bone, wood, coral or crystal, he gives his jewellery a sense of purpose: more than an ornament, it becomes a talisman converted into a light and feminine piece of jewellery, a bearer of love. In 47 years, nothing has changed! Small series of jewellery made of mother of pearl, beads, feathers, metal or leather comes out of the workshop in Marseille. The craftsmanship has been rewarded with the EPV label (living heritage enterprise), which has given Gas Bijoux its reputation “exceptional fantasy” and its strong appeal to generations of women.