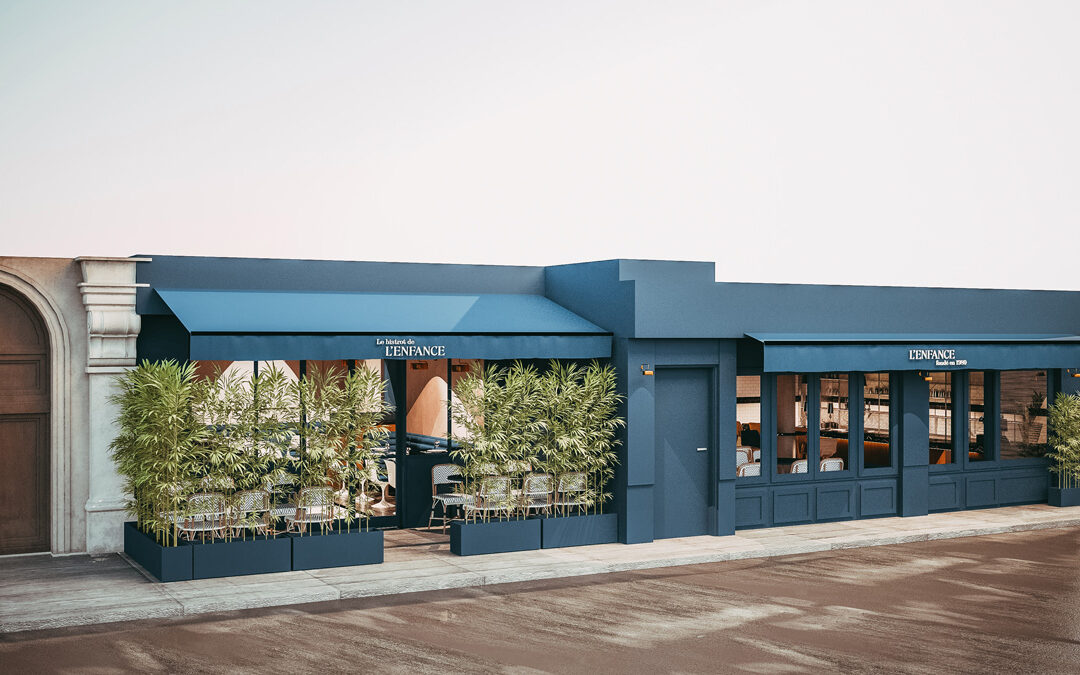 “L’Enfance de Lard” is getting a makeover and is becoming “Brasserie de l’Enfance” and “Bistrot de l’Enfance”.

“Let’s go to ‘Enfance’?” A leitmotif that all Germanopratinians know well. For almost half a century, “L’Enfance” was—and will remain—the canteen for regulars. Because here, you know that there are no freezer and that everything is “of the day”. Because here you know that you can eat “traditional” food.
Only here, from the senator to the editor, including the neighbour, can you taste the real tartar prepared with a knife, the Aubrac pork chop from the Conquet house or the bacon and poached egg salad, with the wine that matches, selected by François Le Jeune. “L’Enfance” is the Proust’s madeleine of the inhabitants of the district, like the master of the place, Nicolas Petraut (and his associate Jean-Marie de Mourgues), who used to have lunch here every day after leaving his school near the Pantheon. Or his brother Patrice, founder of the business for many years. So when he decided to sell, it was almost a self-evident choice for Nicolas to take over.
Nothing is lost, everything is transformed. “L’Enfance de Lard” will live on! With all its local food finery. And instead of napkin rings, the knives will be engraved with the names of the regulars… When it opens in mid-summer, it will hardly have changed its name and will have been given a facelift to be called “Le Bistrot de l’Enfance”. But this is just to differentiate it from the newborn brasserie next door, “L’Enfance”, which will welcome its customers from 7 am to 2 am. From the morning coffee, on the refined new counter, to the happy hours at 6 pm, it is in continuous service that you will enjoy your lobster sandwich, Mr. Wong’s tartar or dishes from the 4 continents, revisited according to the season and the chef’s mood. And if you appreciate the precious wood that surrounds you, the midnight blue decor and the white tablecloths of the brasserie, make no mistake, the spirit remains unchanged. The spirit of quality and conviviality, without ostentation. A spirit that you will find in their unmissable dessert with the sweet flavours of “childhood”… our childhood. Because that is the true spirit of Saint-Germain.