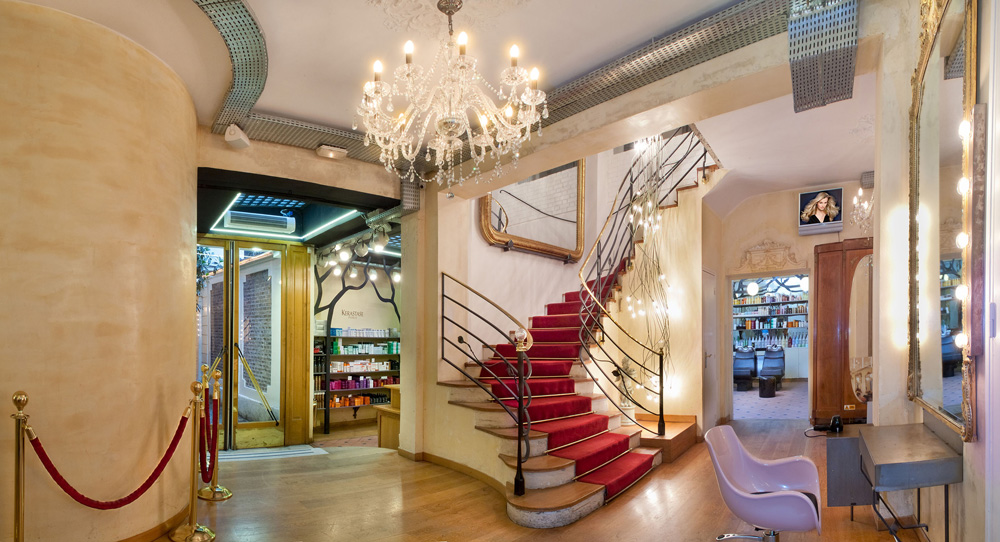 Back to the source

After several prestigious names, including the Science Po bookshop, for the past ten years, it’s the famous salon Coiffirst who has been resident in the 1000m2 public baths of Saint-Germain. Voted « most beautiful salon in the world » as soon as it opened, founder Eric Pfalzgraf wasn’t about to stop there! In order to celebrate this birthday in style, he’s giving us a total renovation. And this is no mere face lift. For this bashful lover of Saint-Germain, there’s no question of spoiling the structure of this superb private mansion dating from 1870. Quite the opposite! Eric would like to pay homage to the neighbourhood by bringing the public baths of times past up to date. It’s also his way of proving, once again, that « the salon belongs to the customers ». The building will be renovated zone by zone in order to remain open and available for their clientele. And we’re promised a new concept: « a hair spa » with new, original treatments from Kérastase and Shu Emmura. No less than six architects are on the project. Result: work starts early January and is set to finish by Spring!