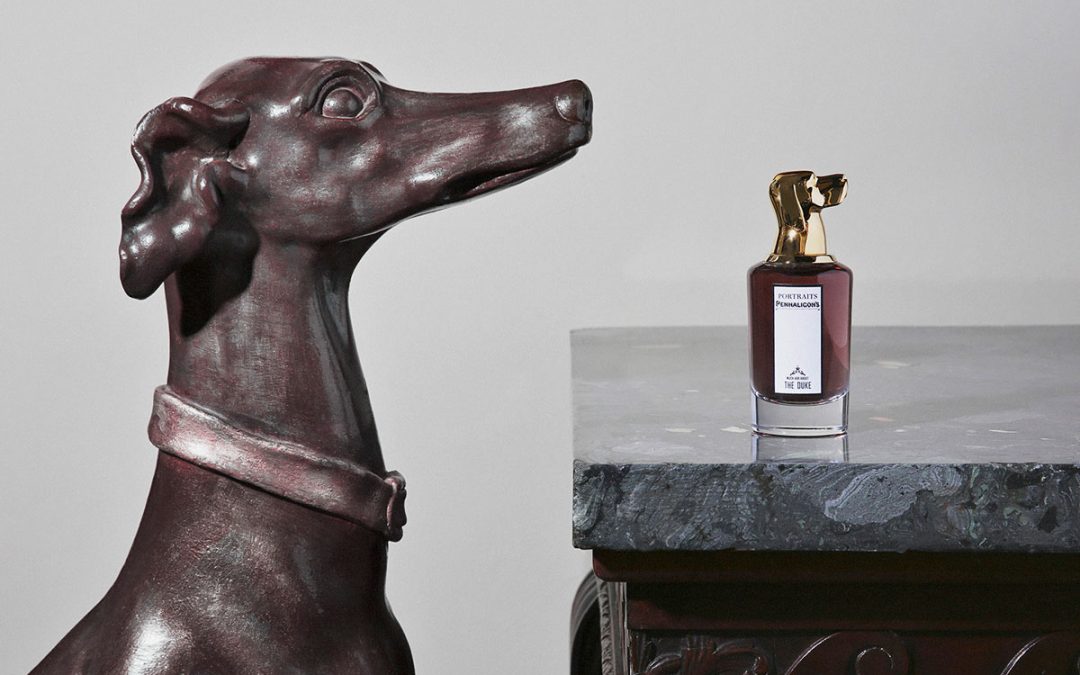 The famous perfumers of the British Royal Family, Penhaligon, are back with a most original collection: “Portraits”, or the history of Victorian England told in four fragrances.

Discover Lord George and his family in bottles, exclusively at the Bon Marché. “Imagine an alley of majestic Oaks. At the end, there is a mansion. It’s morning, we are at the end of the 19th century and the servants are working to prepare the breakfast for the lord… “You think your at the beginning of a fairytale? And well you’re right! It is a fairytale. Or more precisely an olfactory fiction. The Tragedy of Lord George, The Revenge of Lady Blanche, The Coveted Duchess Rose et Much Ado About The Duke are the first protagonists of this saga of the new series. Each character has the fragrance of his or her character, all “capped off” with their animal totem. For example, Duchess Rose is the only daughter. She suffocates in this conservative world where everything is just about appearances… Therefore, it is a mischievous finesse that we find in her scent, composed of mandarine, rose and musky wood. Her animal? The fox. Lord George, meanwhile, carries a mix of brandy, shaving soap and tonka bean, and to top it all off, a stag’s head. “Portraits” delight both the senses and the imagination. Good news, two new characters will push the door of the mansion for Valentine… Yes, but which ones?

Bon Marché. Penhaligon’s stand at ground floor: “Théâtre de la Beauté”, and until 31 December in a pop-up store on the 2nd floor.